Empowering Communications and Media Insights since 1985

The mission of the Center is to empower communication and media insights worldwide, including the promotion of free and independent press and the vital roles of communication in all aspects of business and society. To foster this mission, the Center has hosted numerous international groups of professionals, international journalism educators, and journalists from over 48 countries. Fulbright scholars, Muskie Fellows, Freedom Support Act and IREX Fellows, and Edward Murrow Fellows have been among the visiting scholars.

The Communication and Media (CAM) Fellows Program – operated in the Cox Center – has hosted more than 100 international fellows and visiting scholars since 2008 for their research and training in various fields related to media, journalism, media technology, media policy, and communication of businesses, public sectors, and governments. 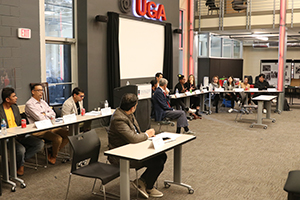 Conversations about the effect of 24-hour news, social media and misinformation during elections around the world were a few of the topics discussed when 17 international journalists visited Grady College on Nov. 9, 2022.

The group was part of the Murrow Fellow program sponsored by the U.S. Department of State and Poynter and hosted for the day by the Cox International Center. The Murrow Fellows program invited journalists to the United States from around the world including Australia, Taiwan, South Korea, Sri Lanka and the Philippines, just to name a few. 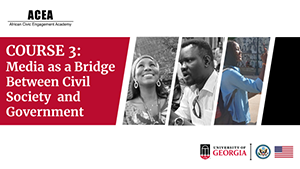 Amid the 2020 coronavirus pandemic the James M. Cox Jr. Center for International Mass Communication Training and Research began its work in creating one of the three courses for the African Civic Engagement Academy (ACEA). The project was sponsored by the U.S. Department of State’s Young African Leaders Initiative (YALI) program. It began in early 2020 and went live in September of 2021. 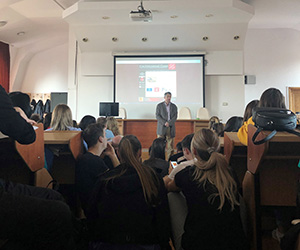 “We have all learned from the pandemic period that online education is a valuable tool, but we also need to remember that some of our most successful joint projects have come from in-person visits and workshops,” Dr. Tudor Vlad, director of the James M. Cox Jr. Center for International Mass Communication Training and Research, told the professors and researchers of the College of Political, Administrative and Communication Studies (FSPAC) at Babes-Bolyai University, Cluj-Napoca, Romania, in August 2021. 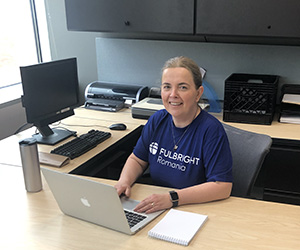 Delia Cristina Balas (Balaban), Ph.D. (European University Viadrina Frankfurt/Oder, Germany) is a Fulbright Visiting Scholar at the Grady College of Journalism and Mass Communication of the University of Georgia. Delia Cristina Balas is a visiting scholar from February 1 to May 31, 202, and her stay is sponsored by the James M. Cox Jr. Center for International Mass Communication Training and Research, the international outreach unit of the Grady College.

2022 in Review: Service & Partnerships
Editor’s Note: This is part of our six-part series highlighting stories produced by Grady College in 2022. The features include stories in each of the following subjects: Student Successes Faculty […]
learn more

Cox International Center welcomes young Georgian journalists for digital media training
From March 28 to April 8, 21 early-to-mid-career journalists from the country Georgia are at Grady College taking classes in the area of digital media.  Following a week at Poynter […]
learn more