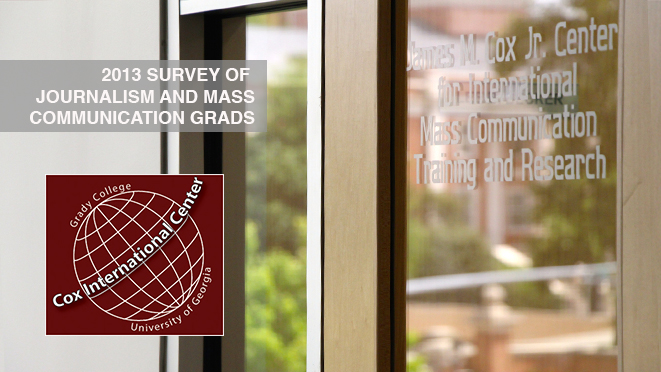 The slight recovery since 2009 in the job market for graduates of the nation’s journalism and mass communication programs has stalled, according to a survey conducted by University of Georgia researchers.

Employment tracked on a monthly basis during the November 2013 to May of 2014 period was flat.

Salaries received by bachelor’s degree recipients were unchanged from a year earlier, as, for the most part, were benefits offered.

Master’s degree recipients, who make up only about one in 10 of those earning a journalism and mass communications degree, fared slightly better as they entered the job market in 2013 than did graduates a year earlier.

Master’s degree recipients reported slightly higher levels of employment, but the median salary they reported was exactly the same as last year.

The survey is conducted each year to track the experiences of a probability sample of spring graduates of U.S. journalism and mass communication programs.

Researchers Lee B. Becker, Tudor Vlad and Holly Simpson reported that about one in four of the bachelor’s degree recipients reported satisfaction with their jobs–the same ratio as a year earlier–and half reported being “very committed” to their jobs, again unchanged from a year earlier.

Despite the problems in the job market, two-thirds of the bachelor’s degree recipients reported satisfaction with their career choice, six out of 10 said they were prepared for the job market, and seven in 10 reported that their college coursework provided the skills needed in today’s workplace.

Those assessments also were unchanged from a year earlier.

The complete Cox Center report is available at www.grady.uga.edu/annualsurveys/.