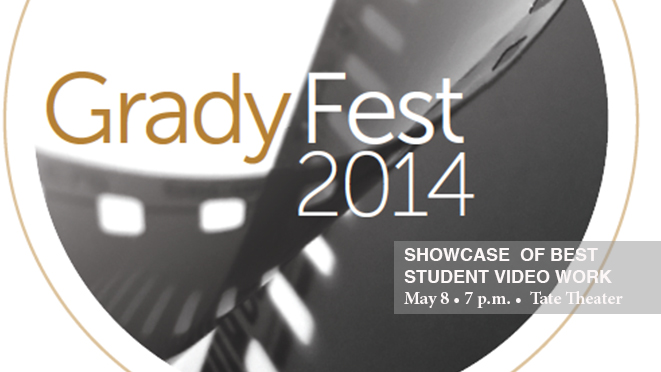 The best video work produced during the 2013-14 academic year by digital broadcast journalism and mass media arts students in the University of Georgia Grady College of Journalism and Mass Communication will be screened at Grady Fest on May 8 at 7 p.m. in the Tate Theater.

Open to the public, the two-hour event will feature the top 20 productions chosen from 50-60 entries ranging from news reports to short films, according to Grady Fest student director Kara Maltby, a senior mass media arts major and film studies minor from Duluth, Ga.

Festival creator and faculty director Jennifer Smith, an associate professor of telecommunications, and James Biddle, a senior lecturer of mass media arts, will serve as the judges. Prizes will be handed out during an awards ceremony following the screenings.

“We like to leave the categories and prizes as a surprise for the event,” Maltby noted.