WUOG, our student-run campus radio station, turns 50 this year! To celebrate, join us for an alumni panel “Talk about the Passion: WUOG at 50 – Looking Back and Looking Ahead.” The panel will be a discussion of how a love for college radio and WUOG, in particular, served as the trajectory for some amazing careers and what the landscape of radio/communications looks like now and in the future.

The panelists include Val Carolin, Ed Dunbar, Mike Henry, Condace Pressley and Richard Warner. Jennifer Griffith, a senior lecturer in Advertising, will be moderating. More information on each panelist can be found below.

Val Carolin has remained in the radio business since graduating from Grady in 1984.  Val spent the bulk of his career (18 years) with CBS Radio in a variety of sales and sales management positions serving, in Chicago, as Central Regional Manager of CBS Radio Representatives and as General Sales Manager of WBBM Newsradio. He relocated back to Georgia 25 years ago with CBS and served as Sr VP of Sales with CBS Radio in Atlanta leading the sales teams at WVEE, WZGC and the Atlanta Falcons Radio Network. Has also served as VP of Sales in Atlanta with Clear Channel Radio (now iHeart), and with Westwood One. Val joined Salem Media in 2017 and serves as Regional VP over Salem’s Nashville, Greenville, Orlando, and Tampa operations while having day to day responsibilities managing Salem’s Atlanta stations, which include 104.7 The Fish, FaithTalk Atlanta and AM 920 WGKA. Along the way, Val served as a long-time board member of Public Broadcasting Atlanta and has been deeply involved in the Atlanta Boy Scouts and served on the board of Holy Spirit Catholic Church. He is married to Ann, a fellow Grady grad, his son is a Terry grad and his daughter is a recent graduate of that school in Tuscaloosa, Alabama. He’s thrilled to be here celebrating WUOG’s 50 years and recognizing the powerfully positive impact this radio station had on his life.

Condace Pressley is an award-winning journalist, morning personality and 2016 inductee into the Georgia Radio Hall of Fame. Many in Atlanta are familiar with her voice as reporter/anchor on KISS 104.1 and on News 95.5 and AM750 WSB. She is the producer and host of the Sunday public affairs program ‘Perspectives.’ A 2016 graduate of Leadership Atlanta, Condace is a distinguished University of Georgia alumna joining the Centennial Class of Fellows of the Grady College of Journalism and Mass Communication in 2015. The HistoryMakers, the world’s largest African American oral video history archive profiled Pressley in 2014 for her significant contributions to media. Condace is a former President of both the National and Atlanta Association of Black Journalists and was Atlanta’s 2012 Pioneer Black Journalist. Condace is active in the community having served on the boards of Girls, Inc., The Georgia Ballet, The YWCA of NW Georgia, Hosea Helps where she served as board chair and she continues to volunteer with Leadership Atlanta. Condace enjoys mentoring and has passion for the arts and travel.

Richard Warner is CEO of Aware Force, a twice-monthly cybersecurity e-newsletter that engages employees in cyber and measurably reduces an organization’s cyber risk. For 15 years, Richard moderated cybersecurity summits across the U.S., events attended by thousands of cybersecurity professionals, and is now producing a series of “Smarter CISO” podcasts. Richard began his career at the University of Georgia’s WUOG FM. He spent 40 years on the air and in management at radio and television stations, including WSB radio and WGST NewsRadio in Atlanta, business commentator and host of FOX5’s “Good Day Atlanta,” and for 30 years as anchor of a weekly business series on the statewide Georgia Public Television network. His daily marketing and consumer commentary was syndicated to over 200 radio stations nationwide. He was elected to the Georgia Radio Hall of Fame with a Lifetime Achievement Award and now serves on the board of directors of Friends of Georgia Radio.

The photo to the right is of WUOG Radio’s first broadcast in 1972. It is courtesy of University of Georgia Marketing and Communications. 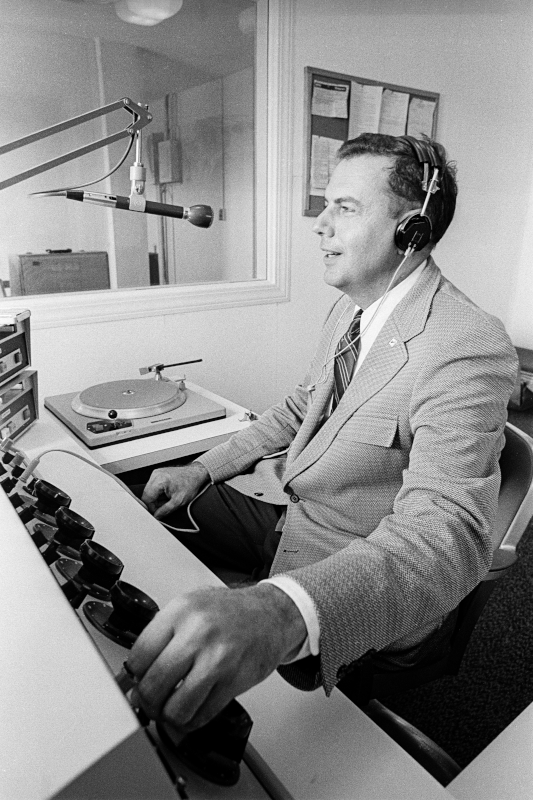