Mr. Johnson emphasizes experiential learning in all of his classes and develops multiple workshops each year to bring his students into contact with diverse communities as well as industry professionals. Each spring, he leads the Woodall Weekend Workshop that brings students into a rural Georgia county to tell its story. The fall workshop focuses on what the Georgia National Fair means to citizens of the state. For both, industry professionals come in to work as coaches so the students can hear different view points and develop a broader skill set for showing the stories of communities.

He is a frequent speaker for the Georgia Press Association, National Press Photographers Association and is on the visiting faculty at the Poynter Institute where he co-directs their major conference for journalism educators. He has also been the the Education Chair and an Interim Executive Director of the National Press Photographers Association which he helped relocate to Grady College in 2015. In 2019, he brought the NPPA’s Best of Photojournalism competition to the colleges which is staffed by student volunteers each spring.

Mr. Johnson also coordinates student projects dealing with climate change and is on the story collection steering committee for GeorgiaClimateProject.org.

Mr. Johnson has been a visual storyteller since the late 1980s, working as a stringer for the Associated Press and Agence-France Presse. He has also spent time as a staff photographer at the Lawrence Eagle-Tribune and MetroWest Daily News, as an assistant chief photographer for Community Newspapers Company, photo editor of the Utica Observer-Dispatch and director of photography for SchoolSports Magazine and SchoolSports.com. He was a founding board member for the Intercollegiate Online News Network, chairing their annual conference as well as being the chair of the NPPA’s Convergence conference. He currently serves as a non-voting board member for the Red and Black Publishing Company.

Mr. Johnson is also a four-time Sports Car Club of America Road Rally Divisional champion, has served on the SCCA’s National RoadRally Board and is director of the SCCA Atlanta Region’s Road Rally program. 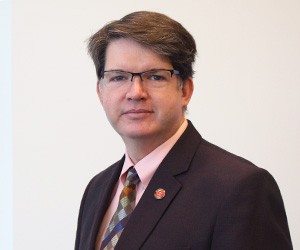