About: Karin Assmann is the former U.S. correspondent for Spiegel television and has written, reported and produced for radio, broadcast and online publications before turning to academia. She teaches Introduction to Video Journalism and Information Gathering.

Dr. Assmann’s research focuses on newsroom sociology. She studies issues such as the effects of audience engagement practices on journalists, affirmative action initiatives and their impact on work culture and institutional responses to attacks on news media organizations. Other interests include press freedom, censorship and cybersecurity.

Abstract: Using standpoint epistemology and critical mass theories this study examines outcomes of the 2012 ProQuote [ProQuota] initiative in Germany demanding at least 30% women in leadership per newsroom. In-depth interviews with 53 journalists in 21 newsrooms show that ProQuote boosted women’s ascension into leadership by triggering and sustaining a debate about gender in newsroom […]

Read More
Whistleblowers and their faith in journalism: The (d)evolution of trust among the sources that journalists need most Karin Assmann

Abstract: Using in-depth interviews conducted with 12 U.S. whistleblowers  who contacted the press in the 1970s through the 2010s, this paper examines changing perceptions of the news media and journalists among those who have confided in them and how these views have evolved. I find that trust in individual journalists, more so than in the […]

Read More
We are the People: Audience Engagement as Catalyst for Newsroom Unionization? Karin Assmann

Abstract: The term Lügenpresse, ‘lying press’, was used by the German National Socialist Party before and during the Third Reich to discredit the news media and to undermine public trust. By 2014, reports of verbal and physical attacks on journalists and news organizations by individuals calling them Lügenpresse, had again become a frequent feature of […] 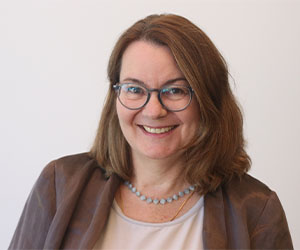