About: David Welch Suggs, Jr., is an associate professor at the Grady College of Journalism and Mass Communication at the University of Georgia. in July 2011 after careers as a journalist, as a policy advocate, and as a university administrator. Suggs reported for Street& Smith’s SportsBusiness Journal and the Chronicle of Higher Education among other publications before coming to UGA, where he earned his Ph.D. in higher education policy from the Institute of Higher Education. Suggs served as associate director for the Knight Commission on Intercollegiate Athletics and assistant to UGA president Michael F. Adams. Suggs moved to the Grady faculty in 2011, and has worked with Vicki Michaelis, the John H. Carmical Chair of Sports Journalism and Society, to develop the Grady Sports Media undergraduate certificate program. In 2016, Suggs was co-PI on an interdisciplinary UGA team that was awarded a $400,000 grant in the Mind Matters Challenge, sponsored by the U.S. Department of Defense and the NCAA. He is the author of “A Place on the Team: The Triumph and Tragedy of Title IX” (Princeton University Press, 2005). His other research interests include college athletics, how members of the sports media work with sources, and sexual assault and the media.

The intersection of education, media, policy, and sport, with a particular focus on college sports and women’s sports.

Read More
When it is Necessary to Win: Fr. Theodore M. Hesburgh and Athletics at the University of Notre Dame Welch Suggs

Read More
What if amateurism turned into entrepreneurialism? Welch Suggs

Hoffman, J.L. and Suggs, D.W., Jr (2021), What if amateurism turned into entrepreneurialism? Abstract: When the U.S. Supreme Court ruled that the NCAA can’t limit educational benefits provided to college […]

Abstract: One of Myles Brand’s key contributions as president of the National Collegiate Athletic Association was the development of what he called the “collegiate model of college sports.” In this […]

Welch Suggs joined the Grady College faculty in July 2011 after careers as a journalist, as a policy advocate, and as a university administrator. After internships at The Atlanta Journal-Constitution, the Atlanta Business Chronicle, and the Memphis Business Journal, Suggs began his journalism career at The Kansas City Star, covering the headquarters of the National Collegiate Athletic Association and its decision to relocate from Overland Park, Kan., to Indianapolis. He covered sports and energy for the Dallas Business Journal and was part of the original reporting staff at the launch of Street & Smith’s SportsBusiness Journal, where he covered stadium and arena issues, college sports, and women’s sports. The Chronicle of Higher Education hired him to be the newspaper’s lead reporter on college sports in 1998, and in 2002 he was promoted to senior editor. He left the Chronicle in 2005 to return to his home state of Georgia and published his first book, “A Place on the Team: The Triumph and Tragedy of Title IX” (2005) with Princeton University Press. From 2005 to 2007, Suggs served as associate director for the Knight Commission on Intercollegiate Athletics. In 2007, University of Georgia president Michael F. Adams hired Suggs for his staff to liaise with the UGA Athletic Association, the NCAA, the Office of University Architects and other units on campus.

Suggs’ book, “A Place on the Team: The Triumph and Tragedy of Title IX”, was critically acclaimed as the definitive work on the evolution of the law guaranteeing equal access to educational opportunities for men and women, particularly as it applies to sports, and was a finalist for a “Billie” award for outstanding journalism from the Women’s Sports Foundation. He is recognized as a leading expert on policy issues in college athletics and women’s sports, and has made numerous appearances on television and radio. 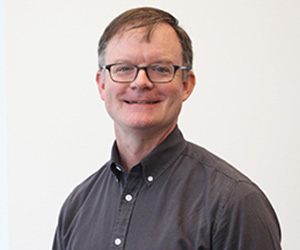