About
Sonja West is a faculty member in the School of Law and was recently named the inaugural holder of the Otis Brumby Distinguished Professorship in First Amendment Law, a post shared by the law school and UGA’s Grady College of Journalism and Mass Communication. She teaches Communication Law at Grady College.

West joined the Georgia Law faculty in 2006 and specializes in media law, constitutional law and the U.S. Supreme Court. Her scholarship has appeared in various publications including the “Harvard Law Review,” the “UCLA Law Review,” the “Michigan Law Review” and the “Washington University Law Review.” Earlier this year she earned the National Communication Association’s 2016 Franklyn S. Haiman Award for Distinguished Scholarship in Freedom of Expression. She also was invited to address more than 100 judges from 19 European countries on the issue of press and court communication at the Annual European Conference on Courts and Communication in Budapest, Hungary. She has authored articles about legal issues and the United States Supreme Court for a variety of popular news outlets such as Slate and Huffington Post, and frequently commentates for various news media outlets such as The New York Times, The Washington Post, The Wall Street Journal,“The Economist,” The Guardian and National Public Radio, among others.

West earned her bachelor’s degree in journalism and communication studies with honors and distinctions from the University of Iowa and worked as a reporter before entering law school. She graduated with high honors from the University of Chicago Law School, where she served as executive editor of “The University of Chicago Law Review” and was inducted into the Order of the Coif. After law school, she served as a judicial clerk for U.S. Supreme Court Justice John Paul Stevens and Judge Dorothy W. Nelson of the U.S. Court of Appeals for the Ninth Circuit before practicing media law for several years in Los Angeles. 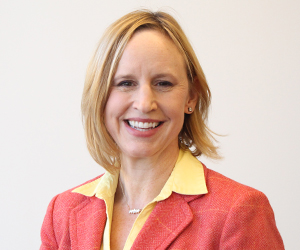