Dr. Peters, who holds an affiliate faculty position in the UGA School of Law, specializes in communication law and policy. He is also the press freedom correspondent for the Columbia Journalism Review.

Dr. Peters researches communication law and policy, and most of his work is in two areas. First, he studies how Internet companies make decisions about the content they host and the speech they intermediate, along with the role that First Amendment principles play in those decisions. Second, he studies how recent economic, political, and technological changes have renewed and complicated efforts to regulate the modern practice of journalism through the main sources of American law. To those ends, Dr. Peters has published articles in a variety of leading journals, including the Berkeley Technology Law Journal, the Harvard Law and Policy Review, and the Federal Communications Law Journal. He is also a coauthor of The Law of Public Communication, a textbook used at more than 100 colleges and universities in the United States and abroad.

In addition, Dr. Peters does international and comparative research in communication law and policy. He is the author of encyclopedia articles about global free expression and European press regulation, and he has completed projects on the freedoms of press and peaceful assembly for the Organization for Security and Co-operation in Europe, based in Vienna; the Office for Democratic Institutions and Human Rights, based in Warsaw; the European Center for Not-for-Profit Law, based in The Hague; and the International News Safety Institute, based in London. He has collaborated with civil society organizations around the world to inform and support the work of the U.N. Human Rights Committee, and he has been a consultant on press rights for the U.N. Development Programme and the U.S. Agency for International Development.

Dr. Peters received the 2021 Russell Award for Excellence in Undergraduate Teaching, which is UGA’s highest early-career teaching honor. Before that, in 2019, the College of Journalism and Mass Communication recognized him as its “Journalism Teacher of the Year.” He is the former Teaching Chair of the Law & Policy Division of the Association for Education in Journalism and Mass Communication, and during the 2017-2018 academic year he served at UGA as an Online Learning Fellow. Dr. Peters mostly teaches communication law and policy, in both the College and the School of Law, but he has also taught undergraduate courses in information gathering, feature writing, and mass media ethics, as well as graduate courses in social media policy and in contemporary press freedom. He regularly mentors doctoral and master’s students, and he is active in the College’s study-abroad program, teaching in Prague in the summer.

Dr. Peters is the press freedom correspondent for the Columbia Journalism Review, and elsewhere he has written about legal issues for Esquire, The Atlantic, Slate, Wired, NBC News, and CNN. He has blogged about the First Amendment for the Harvard Law Review, and he has written about the NHL for Sports Illustrated. He is a frequent commentator on media law matters for The New York Times, The Washington Post, Vanity Fair, CNN, The Wall Street Journal, NBC News, NPR, CBS News, PBS, and Politico, among others. In addition, his work has been noted by John Oliver’s “Last Week Tonight” and Jon Stewart’s “The Daily Show.”

Dr. Peters has authored or contributed to numerous amicus briefs in First Amendment cases, and he is a volunteer First Amendment lawyer for the Student Press Law Center and the ACLU. He has also testified in litigation as an expert witness on media law, and he has conducted legal seminars for dozens of news organizations, including the radio program “This American Life” and the podcast “Serial.” He is the author, too, of a report commissioned by the Columbia University Graduate School of Journalism that explores the legal and ethical propriety of reporting on stolen materials, focusing on the 2016 presidential election. More recently, he served on a research team that conducted the after-action review of a major American city’s response to the 2020 protests following George Floyd’s murder.

Dr. Peters is active in a number of nonprofit organizations, serving as the First Amendment Chair of the Civil Rights Litigation Committee of the American Bar Association, as a member of the Freedom of Information Committee of the Society of Professional Journalists, as a member of the Board of Directors of the Georgia First Amendment Foundation, and as the Clerk and Newsletter Chair of the Law & Policy Division of the Association for Education in Journalism and Mass Communication. 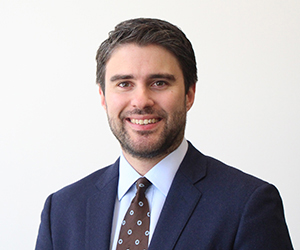 The newspaper ad that changed everything, via CNN

When a journalist is arrested covering a protest, what should the news outlet do? ​ via Columbia Journalism Review​

Trump wants to ​"​ look into ​"​ free press, via Politico

Q: Could U.S. prosecute reporters for classified scoops? A: Maybe, via NPR

The ethics of leaks, via Nieman Reports