His scholarly interest include qualitative methodology, celebrity, writing for the screen, autobiography, new technologies and critical tourism as viewed through the interpretive prisms of cultural studies, critical theory, post-colonial theory, and the new ethnography.

Dr. Kohn teaches courses in writing for the electronic screen, producing for film and television, and cultural studies.

Dr. Kohn produced Zulu Dawn starring Burt Lancaster and Peter O’Toole; the independent feature Somebodies, which premiered at Sundance (2006); Rain, the Bahamas’ first indigenous feature which premiered at Toronto (2007) and on Showtime (2010); the feature film Bottleworld (2010); he was Executive Producer on the BET television series Somebodies (2008); he was Producer on the feature length documentary Bayou Maharajah that premiered at the SXSW Festival (2013); he produced the Emmy Award-winning short documentary Ebertfest 2012; and he was Executive Producer on The 73rd, 74th  and 75th Annual Peabody Awards Specials for PivotTV/Participant Media (2014, 2015 and 2016).  He has served on juries and mentored screenwriters at the Atlanta, Hawaii, Kerala, and Bahamas International Film Festivals. He is a board member of the Arkansas Cinema Society.  And he is the author of numerous scholarly articles and of the book Pursuing Hollywood: Seduction, Obsession, Dread (AltaMira Press, 2006). 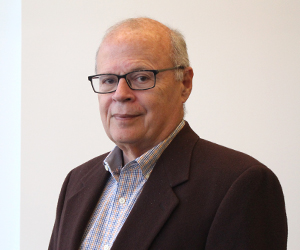