Booker T. Mattison teaches screen writing and video production courses, in addition to creative jobs as an author and filmmaker.

Professor Mattison’s most recent work is writer and director of “The Sound of Christmas,” premiering on all BET platforms late 2022. The film is an adaptation of Tiffany L. Warren’s novel The Replacement Wife and stars R&B recording artist Ne-Yo and Serayah (“Kingdom Business,” “Empire.”)

Mattison was the screenwriter and director for the film adaptation of Zora Neale Hurston’s story “The Gilded Six Bits,” which aired on Showtime. He is currently writing a thriller for MarVista Entertainment that he will direct. The film will stream on Tubi. Principal photography is scheduled to begin late 2022.

In 2011, he released his second novel, “Snitch,” which received a starred review in Publisher’s Weekly. Mattison’s debut novel “Unsigned Hype” was nominated for a South Carolina Book Award in the Young Adult Category.

Prior to Grady College, Mattison taught at the College of New Rochelle, Brooklyn College and Regent and Hampton Universities. 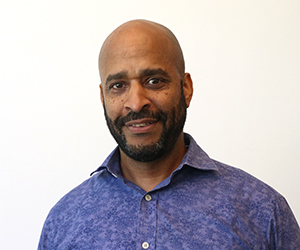 Booker T. Mattison writes and directs “The Sound of Christmas”

EMST professors create and collaborate outside the classroom