Dr. Hume’s research focuses on the history of American journalism as it relates to American culture and public memory. Her latest book Popular Media and the American Revolution: Shaping Collective Memory (New York: Routledge, 2014) considers the relationship between journalism and history in building a national narrative. For her first book Obituaries in American Culture (Jackson: University Press of Mississippi, 2000), she read more than 8,000 obituaries published in newspapers in New York City, New Orleans, Baltimore, Chicago and San Francisco, along with Niles’ Weekly Register and The National Intelligencer to show what they reveal about changing American values.  Dr. Hume’s second book Journalism and a Culture of Grief (Routledge, 2008) was co-authored with Dr. Carolyn Kitch of Temple University and considers the social construction of death in American media. She has also published research in a number of academic journals, including Journalism and Mass Communication Quarterly, Journalism History, American Journalism and Journal of Popular Culture.
She has presented papers at conferences of the Association for Education in Journalism and Mass Communication, American Journalism Historians Association, International Communications Association, Organization for the Study of Communication, Language and Gender, International Society for the Study of Subjectivity and the Symposium on the Antebellum Press, the Civil War and Free Expression.

Abstract: This presentation concerned the role of journalism in forging early collective memory of the American Revolution. Journalists pre-dated history scholars by decades. Their stories of revolutionary events and people were […]

Recent PhD graduate Dr. Amie Jones has been named winner of the Margaret A. Blanchard Dissertation Prize, awarded by the American Journalism Historians Association for best dissertation of the year.  […]

Abstract: The game will take place in two parts, in 1915 and 1986, in the aftermath of two of the most notorious crimes in Georgia history, the murder of 13-year-old […]

Dr. Hume spent twelve years as a newspaper reporter and features editor. She was lifestyle and arts editor at the Mobile Register (Alabama). Before coming to UGA, she served on the faculty of the A.Q. Miller School of Journalism and Mass Communications, Kansas State University.

In 2012 Dr. Hume received the American Journalism Historians Association’s National Award for Excellence in Teaching. She has been named an SEC Academic Leadership Development Program Fellow and to the Scripps Howard Academic Leadership Academy. She has been twice named Journalism Department Teacher of the Year and has twice received the Roland Page Outstanding Faculty Award, presented by graduate students of the Grady College. 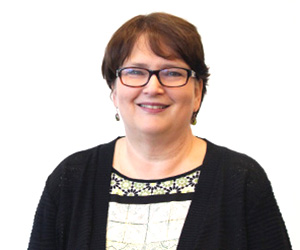