Dr. Pjesivac’s research focuses on international and cross-cultural communication, media trust and credibility, and effects of digital news content. Within the realm of international and cross-cultural studies, Dr. Pjesivac has mainly studied the roles of cultural contexts in journalism processes, as well as the relationship between political regimes and media systems. Her second research area has examined the factors and processes that affect news credibility and trust across media platforms and national borders. In the area of digital news processing, she has combined design and cognitive variables and tested their impact on information recall, comprehension, and visual attention to information graphics used in news. Recent research efforts include emotional and cognitive effects of immersive journalism, as well as the effects of media messages used in health and science communication. Dr. Pjesivac has presented her research at national and international conferences, winning the awards for top papers from ICA, AEJMC, and BEA. In 2017, with her co-author Grace Ahn, she was named AEJMC Emerging Scholar for their study on immersive journalism. In 2018, Dr. Pjesivac received a fellowship from the Willson Center for Humanities and Arts at the University of Georgia for participation in Berlin Seminar in Transnational European Studies. Her research was published or accepted for publication in journals such as Journalism: Theory, practice, and criticism, Journalism and Mass Communication Quarterly, Mass Communication and Society, Journalism Studies, Journal of Broadcasting and Electronic Media, Health Communication, Journalism and Mass Communication Educator, Journalism Practice, Newspaper Research Journal, International Communication Gazette, The Journal of International Communication, Visual Communication Quarterly, Electronic News, Global Media and Communication, Surveillance and Society. PLoS ONE, and International Communication Research Journal. Her doctoral dissertation was the finalist for the AEJMC Nafziger-White-Salwen Dissertation Award and the winner of the Outstanding Dissertation Award from the College of Communication and Information at the University of Tennessee.

Television infographics as orienting response: An eye-tracking study of the role of visuospatial attention in processing of television news Bartosz Wojdynski and Ivanka Pjesivac

Pjesivac, I., Wojdynski, B., & Geidner, N. (2021). Television infographics as orienting response: An eye-tracking study of the role of visuospatial attention in processing of television news. Abstract: This experimental study (N = 77) examined the role of infographics in orienting viewer’s attention in television news. The results of pupil dilation measurements using the eye-tracking method showed […]

Read More
The use of sources in news stories about 2020 American elections on Croatian television: Who dominates the narrative? Ivanka Pjesivac

Abstract: This study examined the coverage of 2020 American elections on Croatian Public Service Television’s (HRT) website. The results of the content analysis of the census of HRT’s stories about American elections from the first presidential debate in September 2020 to the inauguration of the new President in 2021 (N=223), showed that Croatian television used […]

Abstract: This study examines media coverage of social protests in Montenegro, where the demand for free media was front and center during the 2019 anti-government protests. Relying on the theoretical framework of the protest paradigm, it explores the extent to which media rely on identified marginalization tools to report on protest and explores pressures on […]

Abstract: In a between-subjects eye-tracking experiment, adult readers of a large metropolitan daily newspaper (N=70) viewed and evaluated one of two versions of the same online news feature: one with an embedded 360-degree video alongside text and images, and the other using exclusively text and static images. Findings show that the presence of 360-degree video […]

Abstract: This study employed international news flow theory to test the impact of the determinants of foreign news flow on the comprehensiveness of textual and multimedia coverage of Syrian refugee crisis in the form of a live blog. The live blog is an online news format that allows journalists to inform their audiences about running, […]

Abstract: This panel will provide a discussion on benefits and challenges of teaching journalism innovation and will offer tips on how to include technology innovation in journalism classes. It will offer perspectives from both academia and industry, including the experience of one professor who has adopted digital and hackathon culture to produce award-winning, innovative journalism […]

Abstract: This study used a multi-method approach to examine the framing of GMOs in two American newspapers, The New York Times and the Washington Post (2000-2016), and to test the impact of risk and opportunity framing on attitudes, behaviors regarding GMOs, and perceptions of news credibility. The results of the content analysis (N = 165) […]

Read More
Otherization of Africa: How American media framed people with HIV/AIDS in Africa from 1987 to 2017. Michael Cacciatore and Ivanka Pjesivac Paper to be presented at the annual meeting of the Association for Education in Journalism and Mass Communication (AEJMC), Washington, DC.

Abstract: This study examined otherization framing of people living with HIV/AIDS in Africa in American print news from 1987-2007. The results of a content analysis of a representative sample of news articles from three outlets (N=421) show that American media overwhelmingly used otherization frames throughout the 20-year period, resulting in a large percentage of negatively […]

Abstract: In today’s globalized world a country’s image is an important consideration because it can influence that country’s politics and economy (Shimko, 1991;Viosca et al., 2005). Scholars have noted that the news media are considered to be major players in creating national images and swaying public perception of foreign countries (Entman, 2008; Golan & Lee, […]

Read More
Perceptions of media roles in Serbia and Croatia: Does news orientation have an impact? Ivanka Pjesivac

Abstract: This study examined the perceptions of media roles among journalism students in Serbia and Croatia (N=401). The results showed that the most important were citizen-oriented and watchdog roles and that they were positively predicted by hard news orientation, whereas consumer and loyal roles were least important. Consumer role was positively predicted by the soft […]

Prior to receiving her Ph.D., Dr. Pjesivac worked for nearly a decade at the news department of Radio-Television of Serbia (RTS) in Belgrade, Serbia. Her career at RTS included reporting news about political, foreign affairs, and war crimes issues. She covered most of the significant political events in Serbia from 2003 to 2007 and was RTS’s permanent correspondent from the International Criminal Tribunal for the Former Yugoslavia (ICTY) in The Hague, the Netherlands. During her journalistic career, she pursued several professional development programs in France, Switzerland, and the United States, and collaborated with CNN on stories concerning Serbia. During her work at the University of Tennessee, Knoxville, Pjesivac also had a position on a DataONE (Data Observation Network for Earth) research team, where she has conducted multinational survey research and analysis for the Usability and Assessment Working Group of the world-wide project for scientific data archiving. 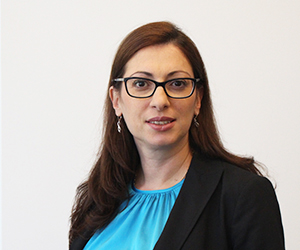