About: Dr. Clementson teaches undergraduate- and graduate-level public relations. His research examines the effects of public figures and politicians dodging questions. When he isn’t on campus teaching, running experiments, and cheering for the Bulldawgs, he loves watching the Atlanta Braves and the Oakland Athletics, and he plays the drums. He and his wife Laura have a son, Edward, who is bilingual in English and Brazilian Portuguese.

Dr. Clementson runs experiments testing how politicians and business spokespersons dodge reporters’ questions and whether audiences notice. He builds theoretical models that explore how the public will cognitively process deception in media interviews. His latest studies assess whether the public can detect when a company spokesperson is dodging questions amidst a company crisis, and the different ways a public figure might deceive audiences. His work has been published in Journal of Communication, Public Relations Review, Political Psychology, Communication Studies, Journal of Language and Social Psychology, Presidential Studies Quarterly, Discourse & Communication, Mass Communication and Society, International Journal of Sport Communication and Journal of Political Marketing. His research has also appeared in Politico, NPR, NBC News, the Boston Globe, the Daily Mail, Scientific American, the San Francisco Chronicle, the Houston Chronicle, the Huffington Post, the New York Post, the Washington Examiner, New York magazine, Psychology Today and Newsweek.

How Politicians Dodge Questions and How They Get Caught: Strategies for Political Campaigns, Journalists, and Voters David Clementson

Abstract: This paper combines theories of identification and image repair to explain why an organization in crisis should avoid designing messages that engage in “spin.” An experiment is reported (N = 262 nationwide U.S. Qualtrics Panel) in which a company spokesperson replies to questions from a journalist in a news interview. Results indicate that people (a) […]

Abstract:  Perceptions of a crisis communicator’s sincerity drive reactions to an organization’s response amidst a scandal. However, a spokesperson can nonverbally appear sincere while deceptively evading questions and can appear insincere while actually speaking sincere truths. Applying truth-default theory to crisis communication, we assess people’s reactions to a spokesperson varying in sincerity through demeanor and […]

Read More
What does it mean to have a presidential image? A multiple-group confirmatory factor analysis measuring Trump and Biden in 2020. David Clementson and Tong Xie

Abstract: Crisis communication scholars have suggested that sincerity is critical to an effective crisis response, and a robust body of research suggests that certain mannerisms and communication styles can make a spokesperson appear more sincere. This experiment examines the effect of perceived sincerity measured through these mannerisms on organizational virtuousness, offensiveness, reputation, and behavioral intentions. […]

Abstract: Mass communication research has long indicated that during a scandal an organization’s spokesperson should exude sincerity. However, no research has examined the deceptive and misleading nature of sincerity. In an experiment (n = 801), people watched a news interview featuring the spokesperson for a company in crisis. The spokesperson answered questions with sincere or […]

Read More
What does it mean to be “presidential”? A multiple-group confirmatory factor analysis of the invariance of indicators in a unidimensional scale David Clementson and Tong Xie

Abstract: Journalists serve as deception detectors for voters. Sometimes politicians refute journalists’ assertions. How do voters discern whom to believe? Based on cognitive sequences posited by truth-default theory (TDT), experiments tested voters’ reactions to alleged deceptiveness in a political news interview. In Study 1 (N = 209) perceptions of a politician being truthfully or falsely […]

David Clementson has won the Reviewer of the Year award for the journal Mass Communication and Society. The editor said, “This year we worked hard to identify one winner on the basis of a specific excellent review; your work was outstanding, balancing a thoughtful and well-organized critique with positive feedback to encourage the authors to […]

Abstract: The public considers politicians to be deceptive. Empirical research, however, indicates voters fail to notice deception from politicians in practice. An experiment was run in which U.S. voters (n = 133 Democrats, n = 138 Republicans) watched a partisan news interview featuring a senator. Participants were randomly assigned to one of four conditions: a […]

Abstract: Truth-default theory (TDT) holds that people tend to passively believe others without consciously considering whether they are being told the truth. But do voters have a truth-default toward politicians? In an experiment, voters across the U.S. (N = 294) watched a news interview in which a politician was either honest or deceptive. Party affiliation […]

Abstract: Journalists serve as deception detectors for voters. Sometimes politicians refute journalists’ assertions. How do voters discern whom to believe? Based on cognitive sequences posited by truth-default theory (TDT), experiments tested voters’ reactions to alleged deceptiveness in a political news interview. In Study 1 (N = 209) perceptions of a politician being truthfully or falsely […]

Abstract: This paper reports a test and extension of the model posited by the theory of crisis response narratives, in which the public manifests identification with a spokesperson who tells ethical narratives rather than spinning stories. The effect is hypothesized as being mediated through the public perceiving trustworthiness of, and positive attitudes toward, the spokesperson. […]

Read More
On the merits of transparency in crisis: Effects of answering vs. evading through the lens of deception theory. David Clementson and Tong Xie

Every two years the International Association of Language and Social Psychology selects a Top Paper Award. This year the award was given to David Clementson for  “Truth Bias and Partisan Bias in Political Deception Detection,” Abstract: This study tests the effects of political partisanship on voters’ perception and detection of deception. Based on social identity […]

Clementson, D. E. (2020, Nov.). Narrative persuasion, identification, attitudes, and trustworthiness in crisis communication. Paper to be presented at the 106th National Communication Association conference, Public Relations division, Indianapolis, IN. Abstract: The purpose of this study is to test the effects of narratives in crisis communication. This research assesses how organizations benefit from using stories […]

David Clementson was awarded a $9,800 grant from UGA Office of Research’s “Faculty Seed Grants in the Sciences” for my proposal entitled “Deceptive Evasion in Politics: Addressing a Divide in Research and Reality.”

Abstract: The purpose of this study is to test the effects of narratives in crisis communication. This research assesses how organizations benefit from using stories in their media responses, relative to sharing non-narrative information. The theory of crisis response narratives (Heath, 2004) holds that ethical narratives are effective because they enhance trustworthiness, attitudes toward the […]

David Clementson received a Top Paper Award for “Let Me Tell You Our Side of the Story: Narrative Immersion in a Crisis Communication Media Interview.” Paper to be presented at the 70th International Communication Association conference Mass Communication division, Gold Coast, Australia. Abstract: Drawing upon the concept of parasocial interaction (PSI) with a TV performer, […]

David Clementson was one of three people nationally to receive a seed grant from the Glen M. Broom Center at San Diego State for his study investigating the effectiveness of narrative appeals used by PR spokespeople.

Abstract: Journalists often accuse politicians of dodging questions. Truth-default theory (TDT) predicts that when journalists serve as de facto deception detectors, the audience will process the messaging through a cognitive sequence that lowers the perceived trustworthiness of the politician. Conversely, the public’s perception of the media as being generally hostile and biased in their reporting […]

Abstract: People are often exposed to polarized viewpoints in web comment sections. Inspired by attribution theory and framing theory, this article tests the effects of comments that frame a politician or a journalist as triggering evasiveness in a media interview. We compare attributions ascribing deceptiveness to the politician versus external attributions implicating the media situation. […]

Abstract: Upwards of 200 studies over the past hundred years have reported on the relationship between public relations practitioners and journalists. However, no experiment has compared the group members’ perceptions when seeing their roles in action. Inspired by frameworks of social identity theory, intergroup deception, and the black sheep effect, we test how public relations […]

Dr. Clementson’s public relations and political communication research is inspired by his professional background. He worked in journalism, politics and public relations for about a decade. He was a journalist for newspapers and magazines, primarily covering politics and government. He ran successful political campaigns for Democrats and Republicans in several states along the U.S. East Coast. He also served as a communication director for a public relations, marketing and advertising firm, a professional opposition researcher for politicians, and the director of communication and press secretary for Attorney Generals. Before coming to UGA, Dr. Clementson was an assistant professor of public relations at California State University, Sacramento, where he was a co-advisor to PRSSA. 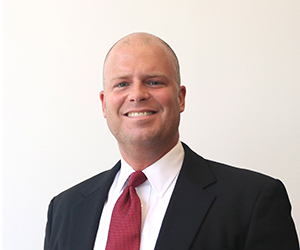 Words matter most when responding to a crisis