Nick Chiles is a writer in residence teaching Feature Writing courses. Previously he was the writing coach at the Grady Writing Lab for journalism students and an industry fellow for the Cox Institute.

Chiles is the author or co-author of 20 books, including three New York Times bestsellers he wrote with R&B icon Bobby Brown, civil rights leader Rev. Al Sharpton and gospel legend Kirk Franklin. He is the co-author with Academy Award-winning actor Jamie Foxx of the parenting memoir, Act Like You Got Some Sense, to be published in October 2021, and the co-author with Atlanta attorney Robbin Shipp of Justice While Black: Helping African-American Families Navigate and Survive the Criminal Justice System, which was a finalist for a 2015 NAACP Image Award.

He is the co-author of Fatherhood: Rising to the Ultimate Challenge with retired NBA center Etan Thomas, who was a member of President Obama’s Fatherhood Initiative. Chiles was a co-writer with Massachusetts Gov. Deval Patrick of his 2012 book, Faith in the Dream, and he co-wrote the 2019 book Engage Connect Protect: Empowering Diverse Youth as Environmental Leaders with environmental activist Angelou Ezeilo.

Chiles co-wrote four novels and wrote a fifth novel as a celebrity ghostwriter.

Chiles served as a newspaper reporter for the Dallas Morning News, the Star-Ledger of New Jersey and New York Newsday. He has also written for magazines such as The Atlantic, The Christian Science Monitor, Essence and Ebony. He was also a magazine and a website editor-in-chief. He has served as a professor at Columbia Journalism School, and at Princeton University. He is a consultant for the William Julius Wilson Institute at the Harlem Children’s Zone.

Chiles has won nearly 20 major journalism awards, including a 1992 Pulitzer Prize as part of a New York Newsday team. He has won a Green Eyeshade Award from the Society of Professional Journalists, several National Association of Black Journalists awards, an NAACP Image Award, and two National Education Reporting Awards presented by the Education Writers Association. He was the recipient of the Spencer Education Fellowship at Columbia University and the Ferris Fellowship at Princeton. 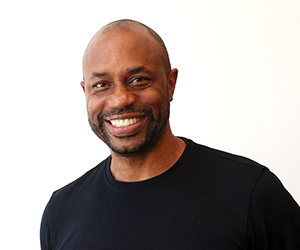