About: Charles N. Davis is the Dean of the Henry W. Grady College of Journalism and Mass Communication at the University of Georgia. He was appointed in 2013, after a long career in journalism.

The First Amendment is an Absolute Charles N. Davis

Abstract: Students new to the study of First Amendment law often grapple with the complexity and ambiguity of its parameters, a sensation familiar to all who encounter legal analysis and scholarship for the first time. Legal scholars thrive upon nuance, parsing the meaning of a single word and arguing passionately about the historiography of legislative intent. […]

Davis worked for ten years as a journalist after his graduation from North Georgia College, working for newspapers, magazines and a news service in Georgia and Florida before leaving full-time journalism to complete a masters degree from the University of Georgia’s Henry W. Grady College of Journalism and Mass Communication and to earn a doctorate in mass communication from the University of Florida. He spent 14 years as a faculty member, including four as department chair at the Missouri School of Journalism.  Davis also spent five years at Mizzou as Executive Director of the National Freedom of Information Coalition.

His teaching awards include the Scripps Howard Foundation National Journalism Teacher of the Year Award in 2008, the Provost’s Award for Junior Faculty Teaching in 2001, and the University of Missouri Alumni Association’s Faculty/Alumni Award in 2008. 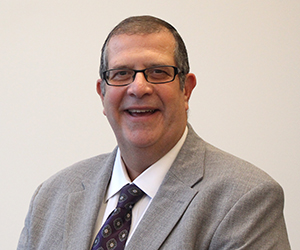 From the desk of Dean Charles Davis: The importance of accreditation

"Who are the 'enemies of the people'? via the Newnan Times-Herald