Film screening of “Columbus,” and discussion with Ruth Ann Harnisch

Join us for a special screening of “Columbus,” a film which tells the story of a Korean-born man who finds himself stuck in Columbus, Indiana, where his architect father is in a coma. The man meets a young woman who wants to stay in Columbus with her mother, a recovering addict, instead of pursuing her own dreams.

“Columbus” is an official film selection of Sundance and the Bam Cinema Fest.

The screening will be followed by a discussion with Ruth Ann Harnisch, an executive producer of the film. Nate Kohn, associate director of the Peabody Awards, will moderate the discussion and a reception will follow.

The event will be proceeded by a lunch discussion, “Leadership, Storytelling and Social Purpose : A conversation with Ruth Ann Harnisch, The Harnisch Foundation.”

There is no charge to attend the screening.

A trailer for the movie can be viewed here. 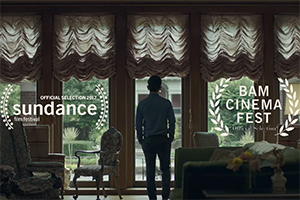