Alan Massengale, award-winning sports broadcaster, will be inducted into the Grady College Fellowship on April 29, 2022. He died March 12, 2022. (Photos: provided by the Massengale family)

Alan Massengale’s Twitter profile provides a glimpse into his character: “In the sports broadcasting world my moniker is — ‘The Legend’ — which means I am old, but well loved. Proud UGA Bulldog.”

He was a legend, well loved, and a proud Bulldog, graduating from Grady College in 1980 with a degree in journalism. He was not, however, old when he died of cancer on March 12, 2022 at the age of 63.

As we celebrate the induction of Massengale (ABJ ’80) into the Grady College Fellowship, we honor an impressive career spanning some of the most watched sports including basketball, boxing, the Masters and the Indianapolis 500, among other sports competitions.

Massengale was a well-known sports reporter in Los Angeles from 1990 to 2007. His award-winning pregame, halftime, and postgame shows covered the Lakers, Angels, Dodgers and Clippers, and established national standards for local sports coverage.

Pat Harvey, an anchor at KCAL/KCBS and former colleague of Massegale, remembered him at the time of his death for his funny colloquialisms and his piano playing. Most of all, he was an “ultimate storyteller.”Massengale was one of the most watched international boxing announcers on television and was voice of the World Series of Boxing from 2010 to 2013. He called the world championships twice in Guiyang, China, and travelled extensively around the globe for Top Rank Boxing.

In 1985, he was an anchor for a new fledging network called ESPN. He was the first Sportscenter anchor to report live from the Masters, Indianapolis 500 and Boston Marathon. 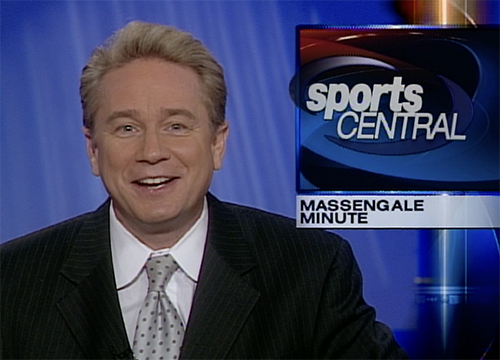 In October 1996, Massengale joined Fox Sports Network as anchor for their new network.

Massengale received the Golden Mike Award twice for best sportscast, as voted by a panel of broadcasters in the Los Angeles market. He was also honored four times by the Southern California Sportscasters Association.

He self-reported that “he has a bunch of Emmys but he does not remember how many.“

While a student at Grady College, Massengale interned and was a fill-in reporter for The Atlanta Journal Constitution sports department. He was also on the Dean’s list all four years of his UGA career.

Massengale was aware of his Fellowship honor, which according to his wife, Elizabeth, meant a great deal to him. Family and friends will be on hand at the Grady Salutes event to celebrate this honor when he is inducted into the Fellowship April 29.

All our honorees and inductees will be honored at Grady Salutes: Celebrating Achievement, Leadership and Commitment on April 29, 2022 at Athens Cotton Press.

Grady Salutes 2022 honorees celebrated at in-person event
There was laughter and tears, but mostly a sense of gratitude for the opportunity to come together for an in-person Grady Salutes celebration April 29, 2022. The event attracted nearly […]
learn more

2022 Fellowship Profile: Alan Massengale
Alan Massengale’s Twitter profile provides a glimpse into his character: “In the sports broadcasting world my moniker is — ‘The Legend’ — which means I am old, but well loved. […]
learn more