It is with sadness that we announce the death of Celestia “Lessie” Bailey Smithgall (ABJ ’33), an alumna who played a pivotal role in the creation of the Peabody Awards.

Smithgall celebrated her 110th birthday in April and died at her home on June 25 in Gainesville, Georgia.

“Lessie Smithgall is a foundational, iconic member of the Grady College family,” said Charles Davis, dean of Grady College. “What a story! What a woman.”

Her impact on Peabody began during her work at WSB radio following graduation when she introduced her boss, Lambdin Kay, to John Drewry, then dean of Grady School, later named Grady College. Kay, who also served on the executive committee of the National Association of Broadcasters, wanted to find a home for awards that recognized excellence in radio, similar to the Pulitzer Prize.

Following the introduction, Kay and Drewry created the Peabody Awards, the world’s oldest and most prestigious award for honoring stories that matter in broadcast and electronic media. The first awards were presented on March 29, 1941 at the Commodore Hotel in New York City.

“Peabody is forever grateful for her, and she will be dearly missed,” said Jeffrey P. Jones, executive director of the Peabody Awards. “As has often been noted, Mrs. Smithgall was instrumental in a key series of events that led to the formation and location of the Peabody Awards at Grady College and the University of Georgia. But what is often less noted is that Mrs. Smithgall and her husband Charles were generous donors and supporters of the program, including establishing an endowment and naming the Lambdin Kay Chair for the Peabodys for her beloved boss and general manager of WSB radio.  She attended the Peabody ceremonies in New York many times, and continued to support and cheer the program over her lifetime.”

In a remembrance of Smithgall published in The Gainesville Times, Smithgall recounts meeting Walter Cronkite at one of the Peabody Awards ceremonies.

“I told him ‘I’ve always admired you so much. For one thing, you’ve still got such a good head of hair. Then, you’re still playing tennis. And you are a good broadcaster,'” Smithgall said of Cronkite.

Horace Newcomb, who served as the Peabody Awards director before Jones and held the chair, talked about Smithgall’s impact at Grady College in a 2011 interview with The Gainesville Times. 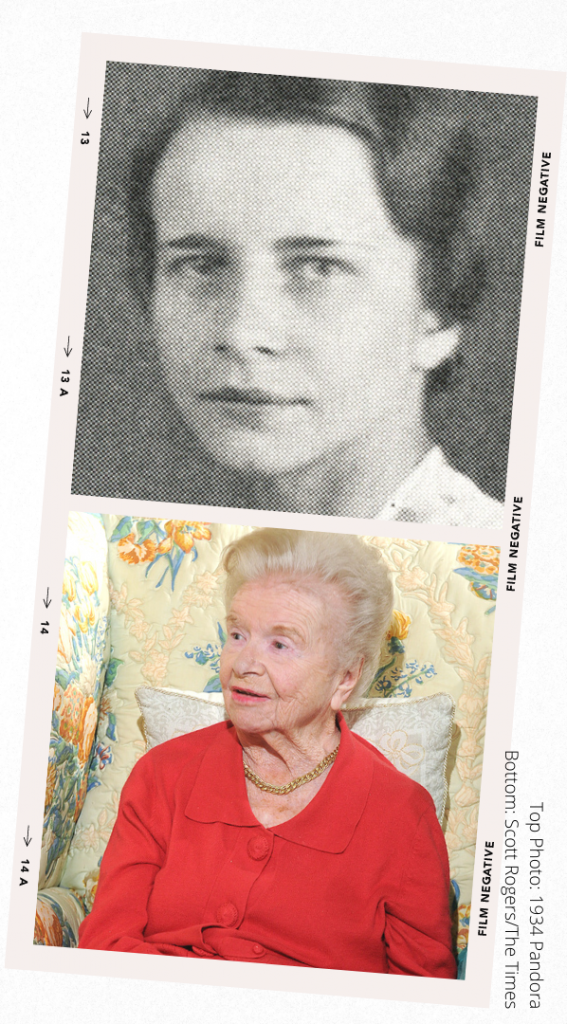 “She is considered one of the leading graduates of the Grady College,” Newcomb said. “Her career with her husband in newspapers and radio is impressive in itself and of course the family’s philanthropy throughout the state is massive.”

The Peabody Awards also hosts a lecture every year known as the Peabody-Smithgall lecture in her honor. Previous speakers have included John Huey, retired editor-in-chief at TIME and historian Henry Louis Gates Jr.

Smithgall is a 1933 graduate of Grady School where she was a member of Phi Beta Kappa and the social sorority Alpha Gamma Delta.

It was her first job at WGST radio in Atlanta where she met her husband, Charles, before they both left to work at WSB radio in Atlanta. She and Charles moved to Gainesville in 1941 when he began radio station WGGA. In 1947, they bought what is now known as The Gainesville Times, which they sold in 1981.

She and her late husband were pillars in the arts throughout Georgia and in the Gainesville community. Among their legacies are the Smithgall Woods Conservation Area in Helen, Georgia, The Smithgall Arts Center in Gainesville and the North Georgia Community Foundation, among many others.

Smithgall received many accolades for the impact in her community including the Woman of Distinction from the Girl Scouts, the first Georgia Entertainment Arts and Legacy Award, and the Ivan Allen Jr. Prize for Progress and Service, which she received with her husband.

In 2008, she channeled her love of writing and reading to author her own memoir, “I Took the Fork.”

Her obituary concludes with the following passage from her book:

“I wanted to be Celestia ‘Lessie’ Bailey Smithgall, who is what she is, who kept the faith, who persevered, who did not take herself too seriously, who for the most part, lived a good life and did a little good along the way. I pray that I have been that person.”

Fulfilling the promise of doing “a little good along the way,” for Grady College and Peabody Awards and so many others, Smithgall made a lasting impact. For that, we are all grateful.

For more information about Lessie Smithgall, please see the following: