Listening to audiences, engaging younger users and creating brand cohesion — these were goals UGA journalism majors accomplished during the launch of our innovation teams and fellowship programs.

Funded by the GAB, our innovation fellow worked with Habersham Broadcasting. This locally owned and operated set of two radio stations — My Country 99.3 and 107.7 the Breeze — serves a large audience in northeast Georgia, and its leadership wanted to begin to reach a younger demographic through its digital products. UGA journalism major Ashley Balsavias worked with Habersham to grow and engage younger listeners through the My Country 99.3 Instagram page, creating strategies for that platform, cross-promoting to the station’s app, and creating a best practices guide for future use. 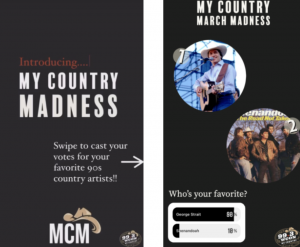 A team of journalism majors — Victoria Gospodinov, Lily Baldwin and Haley Roberson — worked with Salem Media Group of Atlanta for our GAB-funded innovation team. Operating on the goals of increasing engagement and growing audience demographics, the team did audience research, created a robust brand style guide to improve digital product coherence, and crafted a forward-thinking content strategy for influencers, concepts and campaigns to continue diverse growth in both listeners and digital platforms. 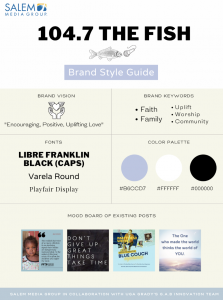 The success of the Unapologetically ATL email newsletter, a product of the Atlanta Journal-Constitution, was the focus of study for a UX research innovation team made up of journalism seniors Maddy Franklin, Ally Gray, Nimra Ahmad and Yana Obiekwe. Through analytics, quantitative surveys and qualitative interviews with audience members, the team found what specific elements were contributing to the newletter’s strong performance, so that these could be employed with other digital products. Also, a few future recommendations for growth were presented to capitalize on what audiences prefer in the niche news product. 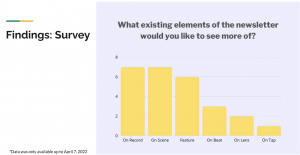 DGK is honoring Brad Nessler of CBS Sports on January 29, 2020 at 7pm at the Special Collections Library on campus. Tickets are $40 and anyone can purchase them online at https://gab.ticketspice.com/2020-gab-hall-of-fame. Be sure to order soon for the opportunity to meet Brad Nessler and hear about his experience in the sports media world.

It will be preceded earlier in the day by the Georgia Association of Broadcasters Hall of Fame luncheon.

The University of Georgia Grady College of Journalism and Mass Communication’s national broadcast society, DiGamma Kappa, will present Caroline Beasley with its annual Distinguished Achievement in Broadcasting and Cable Award.

The award will be presented Jan. 25 at DiGamma Kappa’s annual awards banquet at the Richard B. Russell Building Special Collections Libraries and is co-sponsored by the Georgia Association of Broadcasters and Grady College.

Beasley, a graduate from the University of North Carolina, currently serves as the chief executive officer of Beasley Broadcast Group, Inc.

Since joining the company in 1983, Beasley has served as director, executive vice president, chief financial officer, treasurer and secretary. She also currently serves as joint board chair of the National Associate of Broadcasters and is the past chairman of the NAB Radio Board.

Beasley has been recognized by numerous awards such as the 2016 Distinguished Service Award from the North Carolina Association of Broadcasters and the 2012 Frances Preston Trailblazer Award from the Mentoring and Inspiring Women in Radio Group.

The Distinguished Achievement in Broadcasting and Cable Award is presented by DiGamma Kappa. Previous winners include Tony Barnhart (2017), David Chandley (2016) and Amy Robach (2015).

DiGamma Kappa celebrates its 78th anniversary this year.  It is the nation’s oldest student broadcast society and was founded at Grady College. DiGamma Kappa encourages student participation in all phases of production for television and radio and fosters professional competence among its members.  It also strives to promote a high quality of broadcast journalism while adhering to outstanding ethical standards.