The Peabody Facebook Futures of Media Awards, determined by the Peabody Student Honor Board, will be presented May 17, 2018, at the Eventi Hotel in New York City.

The Peabody Media Center at the University of Georgia has named six winners of this year’s Peabody-Facebook Futures of Media Awards for outstanding digital storytelling released in 2017. This year’s winners mark innovative strides in VR storytelling, in mobile books, and in data-journalism, as well as an interactive documentary marked by technological innovation in “witnessing.”

In its third year, the award is the result of a partnership between Peabody and Facebook. The award is given to outstanding stories in digital spaces as judged by a group of 15 Peabody honor student fellows, under the guidance of the Peabody Awards program, based at the Grady College of Journalism and Mass Communication at the University of Georgia.

“Once again, we are delighted to recognize unique and innovative storytelling in this evolving media landscape,” said Jeffrey Jones, director of the Peabody Media Center and executive director of the Peabody Awards. “These programs use digital technologies in exciting ways that allow the public to envision new possibilities for delivering meaningful stories on diverse platforms.”

The winners will be celebrated at a luncheon on Friday, May 18 at Hotel Eventi in New York City.

The Peabody-Facebook Futures of Media Awards are (in alpha order by category): 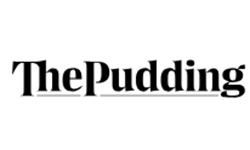 “The Pudding” is making data visualization and analysis cool again—or maybe, for the first time ever. The visual essays featured on pudding.cool tackle the most debatable, curious, and complex issues in today’s culture in easily digestible and visually stunning data-driven pieces. Sleek scroll-lead essays give meaning to numbers in an elegantly designed platform, covering topics from language, music, and film to gender inequality. One analysis looks at more than 2,000 scripts to examine gender tropes used in film, while another visualization vibrantly captures in color the conversations and relationships of the musical “Hamilton.” The team of journalist-engineers behind “The Pudding” are ever-transparent about their sources and methods, crafting data and ideas into delightful visual exploration and enjoyable reading. 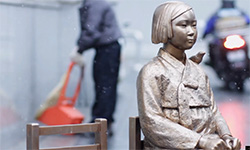 “The Space We Hold” brings us the testimony of three former “comfort women” who were among the 200,000 girls and young women forced into military sexual slavery during World War II. Seventy years later, this interactive documentary introduces us to the now-grandmothers who recount their horrifying experiences and how they survived the trauma of rape. The website allows us to participate at our own pace through watching short, powerful interviews and then responding directly on the website or sharing with others on social media. As noted on the site, “In an era where rape continues to be used as a weapon of war and where sexual shaming and online harassment is commonplace, ‘The Space We Hold’ asks us to imagine new ways of listening and responding to stories of sexual violence.” 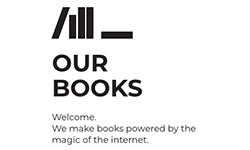 “Editions at Play” features “books powered by the magic of the internet” that challenge the limits of traditional presentation and use technology to make reading and writing more engaging and experiential than ever. These are not e-books, but performances that exist purely in digital and mobile spaces. One story uses visuals to grow, bloom, and wilt like a flower, another allows users to change the text of a story, and third uses a mobile device’s camera to ramp up the tension of a ghost story. “Editions at Play” creates a home for narratives that are familiar but play with the traditional book form to challenge ideas of what digital storytelling looks like, inviting people to experience literature in dynamic new ways. 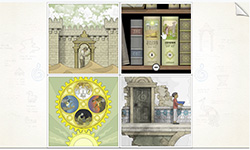 “Gorogoa” immerses players in a multilayered world centered around four seemingly simple tiles that tell the tale of a boy’s quest while revealing messages about the connections between objects and spaces in life. Created by artist Jason Roberts and published by Annapurna Interactive, the game’s beautifully drawn scenes require engagement with both the minute details of the world and the bigger picture mysteries that emerge, including the presence of a mythical monster. Innovative and inspiring an immediate sense of wonder, the story unfolds as the player figures out how to connect images to one another and move objects between layers. “Gorogoa” is the digital manifestation of an artistic pop-up book merged with the excitement of an escape room, all packaged into a seamless user experience. 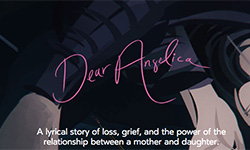 The first animated movie drawn entirely within VR, “Dear Angelica” is a feast for the senses. It transports the viewer into the memories a girl has of her mother, embarking on an adventure where they face lions, dragons, and outer space. With mesmerizing colors and a breathtaking hand-painted style, this virtual reality experience recreates the memories we all carry of our own loved ones—memories that are simultaneously ethereal and tangible, full of both sadness and excitement. Enveloping the viewer within the relationship of this mother and daughter, “Dear Angelica” tells a deeply personal story of love and loss and is an impressive testament to how art and VR can celebrate remembrance while providing a space in which to process grief. 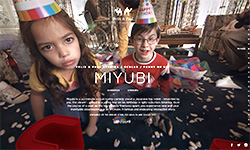 “Miyubi” (Felix and Paul Studios in collaboration with Funny or Die)

In the first ever long-form scripted virtual reality film, viewers are brought to 1980s suburban America and take on the life of Miyubi, a robot given to a boy from his dad as a birthday present after a trip to Japan. A dramedy offering poignant social commentary, the plot progresses in quick episodic chapters filled with pop culture references that end with Miyubi rebooting each time. An exploration of what it’s like to become obsolete in society through the eyes of a robot, the film also puts us in the middle of a dysfunctional family where everyone has their own struggles. A rich 40-minute immersive and cinematic experience, “Miyubi” is exemplary of where VR is heading and where it should be going.

About Peabody-Facebook Futures of Media Awards

The Peabody-Facebook Futures of Media Awards honor groundbreaking digital narratives and the technologies used to tell these stories. With a spirit of innovation at the core of both Peabody and Facebook, the organizations came together in 2015 to celebrate the most powerful narratives in an ever-changing digital landscape. Honorees are selected by the Peabody Student Honor Board and are deemed to have told a story that matters: a story that inspires empathy around the human condition, shapes our understanding of the world, transforms how we address important societal issues, and takes a chance with what it’s saying and how it’s told.