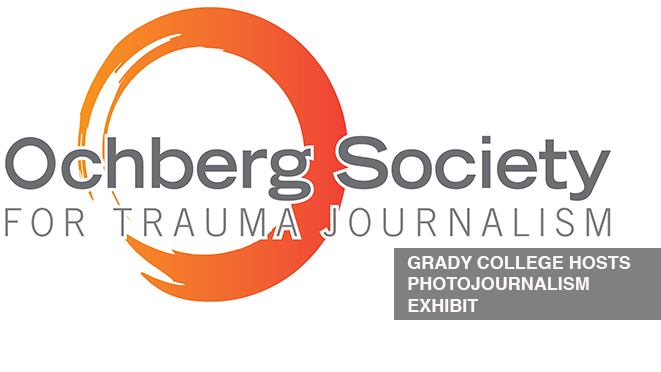 The shooting of Lee Harvey Oswald, the final address of Benazir Bhutto, the crumpled Twin Towers, the children of war and gun violence — photographs of explicit moments in history serve to explain a larger story. Atlanta-based journalists will visit the University of Georgia next week to discuss the coverage of trauma and tragedy and the ethical, professional and psychological implications of such reporting.

CNN's Jan Winburn, Moni Basu and David Rust, and ShareWIK's Diana Keough will participate in the panel, co-sponsored by the UGA chapter of the National Press Photographers Association, on April 3 at 4 p.m. in the Drewry Room of the Grady College of Journalism and Mass Communication.

The discussion, moderated by Dean Charles Davis, coincides with Grady College's hosting of “The Iconic Image.” First assembled in 2009, the traveling photojournalism exhibit is based on trauma psychiatrist Frank Ochberg's “Three Acts of Trauma News,” which arranges images into the categories of breaking news, aftermath, and long-term implications for survivors.

Curated by Pulitzer Prize-winning photojournalist Kim Komenich, the exhibit features the works of 21 world-class photojournalists, including a personal photo essay by John Trotter, who was nearly beaten to death while on assignment for the Sacramento Bee.

The exhibit and speakers are members of The Ochberg Society for Trauma Journalism, a nonprofit organization that connects and supports journalists covering violence, and promotes the compassionate, ethical coverage of victims of trauma.

These men and women have won Pulitzers and Robert Capa Medals, and are generally recognized as the best in the world. But many say their accolades are tarnished by the awfulness of the experience they captured.

“I channel all of my own energy and emotion into my work to make the most informative, honest, and powerful pictures I can,” she said. “I hope the pictures will affect the people who see them, but if not, they are a record of our times, and for me that is equally important.”

The exhibit will remain on display in the Drewry Room through May 2.

Watch the video, “The Iconic Image: Trauma and Photojournalism.”