Education
Ph.D. Media & Cultural Studies, University of Wisconsin–Madison
M.A. Radio, TV, Film, University of Texas–Austin
B.S. Journalism, University of Kansas
B.A. Spanish, University of Kansas
Research Interests and Activities
Dr. Miller’s current research project investigates the transgressive and queer potential of television syndication. His interdisciplinary work blends methodologies to explore syndication from textual, industrial, historical, and audience-based approaches. Additionally, he has been working with Norman Lear and Louise Lasser to write cultural histories of Lear’s first-run syndie serials Mary Hartman, Mary Hartman and All That Glitters. His work has appeared in the journals Television & New Media and gnovis, edited collections Queer in the Choir Room and Death and the Rock Star, as well as online work for The Huffington Post, Flow, Antenna, and In Media Res. He also debuted his short film Letters to the Open Mind at the Boston Museum of Fine Arts’ LGBT Film Festival.
Teaching Specialities
Dr. Miller is dedicated to creating a new generation of media scholars and practitioners who will bring a critical edge to the work they produce whether that be on paper or behind a camera. He teaches a variety of courses for Grady in both its Entertainment & Media Studies department as well as the New Media Institute including television studies and history, digital media production, and documentary filmmaking. Prior to teaching in Grady College, he taught courses in television criticism, critical internet studies, and new media production at the University of Wisconsin as well as Spanish phonetics at UT Austin and also worked professionally in television broadcasting, photojournalism, and magazine design. 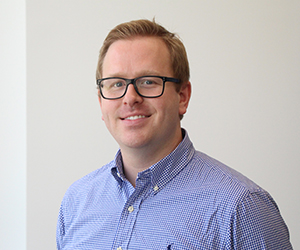 "Queering Captain Planet and HIV/AIDS" via In Media Res

"The Fashion of Florrick and FLOTUS" via Sage Journals

"TOO SHORT TO BE QUARTERBACK, TOO PLAIN TO BE QUEEN" via Gnovis

"Tweeting the mourning of Whitney Houston" via Google Books

"Forced out of the flannel closet" via Google Books