About: Professor McLaurin is a Peabody award-winning filmmaker and cinematographer; his love for storytelling comes from the power to artistically explore the complex and conflicting social and psychological layers of people and society.

Garland McLaurin has spent his professional life exploring the rich themes of diversity and society.

His latest project as co-director with award-winning filmmaker and Yale Professor Thomas Allen Harris is “Family Pictures USA,” a three-part series that aired nationally on PBS in 2019. Family Pictures USA journeys through a rapidly changing landscape where the hallmarks of a familiar and idealized “America” are being transformed. From the streets of Detroit, to the shores of Southwest Florida, to the farm fields of North Carolina, examines family photos as an integral part of our collective social and cultural history.

In 2019, Garland served as a grant reader and panelist for the Corporation of Public Broadcasting, Jacquie Jones Memorial Scholarship Fund. The fund contributes support for emerging and diverse content producers of non-fiction shorts, feature-length programs, web series, 360-VR, or podcasts. He spoke on the 2019 Southern Documentary Fund’s Expanding the Definition of Documentary panel. At SXSW in 2018, Garland spoke on a film/digital panel, How Documentaries Can Rise In The Web Series World, and in 2016 served as a grant reader for the International Documentary Association’s Pare Lorentz Documentary Fund.

He served as co-cinematographer on Wes Moore’s Coming Back documentary series, highlighting veterans, and for award-winning documentary filmmaker Yoruba Richen’s The New Black, which explores the fight for marriage equality in the African American community, both are nationally distributed projects.

In 2017 and 2018 Garland served as a judge for the Emmy’s News and Documentary shorts category. In 2015 and 2016 he served as a screener for the INPUT Global Public Television (US Division). He also currently serves as a fiction and non-fiction judge for the WHYY Student film festival in Philadelphia, PA.

• Peabody Award, “180 Days A Year Inside An American High School” and “180 Days Hartsville”

• Recipient, DC Commission of the Arts and Humanities grant 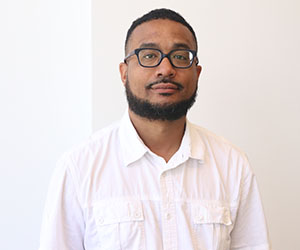 EMST professors create and collaborate outside the classroom