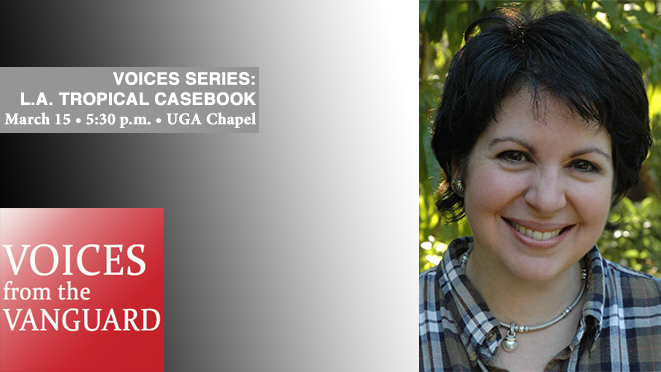 More than 70 million passengers pass through Los Angeles International Airport each year, and infectious disease physician Claire Panosian knows that they’re carrying more than shampoo and extra socks. For years she was the doctor on call for LAX, and she’s diagnosed travelers packing fevers, flus and parasites from the far corners of the globe.

She’ll talk about this and more in “L.A. Tropical Casebook: exotic blights in my own backyard,” the next Global Diseases: Voices from the Vanguard event set for March 15 at 5:30 p.m. in the UGA Chapel. The talk is free and open to the public. A reception follows at Demosthenian Hall.

Panosian leads two lives: she is a professor emeritus in Medicine/Infectious Diseases at the David Geffen School of Medicine at UCLA and a successful broadcast, print and digital journalist. She’ll bring storytelling flair to case histories from LAX and fieldwork around the world, share insights about global patterns of disease, and talk about how Zika and other infections are affecting world travel

“I am very excited that Dr. Claire Panosian will be our March ‘Voices’ lecturer,” said series organizer Daniel G. Colley, a professor of microbiology and director of UGA’s Center for Tropical and Emerging Global Diseases. “Claire is not only an outstanding tropical infectious disease clinician; she is also a major medical journalist. Her breadth of perspective is outstanding and her ability to relate her knowledge to others sets her apart from many researchers.”

A popular medical writer and past president of the American Society of Tropical Medicine and Hygiene, Panosian now serves as a consultant at UCLA’s main hospital. Panosian joined the UCLA medical faculty in 1984 as Chief of Infectious Diseases at Los Angeles County-Olive View Medical Center. Three years later, she moved to UCLA’s main campus where she founded UCLA’s Travel and Tropical Medicine Program.

While working full time in academic medicine, Panosian also spent six years as a medical editor, reporter, and co-anchor for Lifetime Television. She and her husband, Patrick Dunavan, an Emmy Award-winning documentary filmmaker, produced a television program on hepatitis B in 2000. Panosian has contributed to Scientific American and Discover magazines and written medical columns for the Los Angeles Times. She’s working on a new book now.

Panosian earned her undergraduate degree in history at Stanford University and her M.D. degree at Northwestern University. She completed her residency in internal medicine at Northwestern University Medical Center in Chicago and held a fellowship in infectious diseases and geographic medicine at Tufts-New England Medical Center in Boston. Following her time in Boston, Panosian earned a doctorate at the London School of Hygiene and Tropical Medicine.

Panosian’s talk is the third presentation in this year’s Voices from the Vanguard series, which has been organized by Colley and Patricia Thomas, Knight Chair of Health and Medical Journalism at Grady College, for 11 years.

This year’s Voices from the Vanguard series wraps up  on April 12. Physician-scientist Sarah J. Schlesinger, an associate professor of clinical investigation at The Rockefeller University in New York, will give a talk called “Dendritic cells, HIV vaccines and the Nobel Prize: an amazing adventure.”