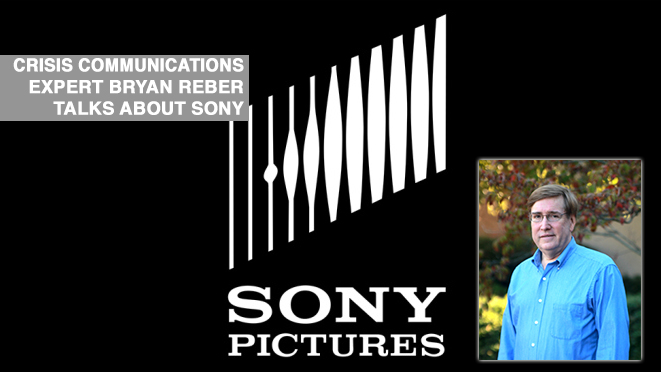 Bryan H. Reber, the C. Richard Yarbrough Professor in Crisis Communication Leadership at Grady College of Journalism and Mass Communication, studies health and corporate crisis communications. He offers his insights on the recent Sony Pictures decision to cancel the screening of “The Interview,” then the decision to show it in limited release.

Reber can be contacted to comment on corporate strategy responding to this crisis and others at reber@uga.edu or 706-247-4153.

The cyberattack crisis of Sony Pictures and the link to the studio's controversial film, “The Interview,” made a positive turn in Atlanta. Plaza Theater in Atlanta was among a group of independent theaters that showed the film to sold-out crowds on Christmas Day, which was Sony's originally announced release date for the movie. After a series of missteps Sony has begun to find a way out of its crisis. Although it originally fumbled on several levels – announcing the cancellation of the film release, then saying it was rather a postponement they announced – it looks like Sony may be turning the corner at least on this part of its multi-faceted crisis. President Obama, among a chorus of others, criticized the original decision to cancel the release. With the announcement that theaters like the Plaza would release the picture, the president applauded Sony's decision to allow independent theaters to show the film. Sony seems to be moving from its initial cavalier response to issues surrounding the hacking – including the release of embarrassing emails between executives and private employee information. The release of the controversial film on its original date was the beginning of a more thoughtful crisis communication response.

Crisis communication scholarship, including my own, suggests Sony is beginning to move in the right direction now. How the public perceives the cause of a crisis has a great deal to do with how responsibility is attributed. When Sony was the victim, responsibility for the crisis fell elsewhere. Then Sony allowed at least some perception of responsibility to drift back to the corporation. It attacked or dismissed key publics and paid the price. Sony is more likely to succeed if it cultivates rather than alienates relationships with key publics. Pre-existing relationships matter in crisis communication, but so does the tending of those relationships in the midst of a crisis. Working with theater owners – independent or otherwise – to get the film distributed to a now incredibly curious public is a step at mending broken relationships.

Most would agree that this is perhaps an unprecedented cyberattack that has now been linked to North Korea, according to the FBI. And as with any organization-threatening crisis the ground has been shifting under Sony Pictures executives mercilessly. New facts emerge daily requiring strategic adjustment. That's precisely why it's good Sony has begun to take hold of the situation, take responsibility where appropriate, clearly lay out a way forward for “The Interview,” announce internal reviews and repercussions, and review security tools and policies. That's the leadership that's been needed in this crisis. Until now, it's been missing.