In just two years, write a publishable nonfiction manuscript or a marketable screenplay and earn your MFA from the Grady College of Journalism and Mass Communication, home of the Peabody Awards and one of the top journalism schools in the country. This two-year low-residency program is designed to educate writers who will be published and produced. The program offers students an unparalleled opportunity to develop narrative journalism and screenwriting skills that will equip them for long and varied careers. The program features a committed and diverse roster of accomplished authors, screenwriters, literary agents and other industry professionals who work closely with students to inspire and support each writer’s emerging craft and voice. 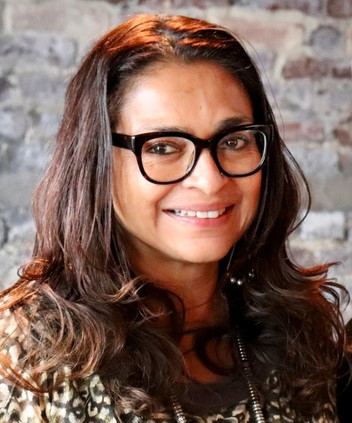 Moni Basu, an award-winning journalist and author, has been named the director of the Master in Fine Arts in Narrative Nonfiction program and the Charlayne Hunter-Gault Distinguished Writer in Residence at Grady College. She will begin her new role in January 2023.

Basu is leaving her role as the Michael and Linda Connelly Lecturer in Narrative Nonfiction at the University of Florida College of Journalism and Communications.

Dr. Kohn is an award-winning producer of feature films and television programs. He produced “Zulu Dawn” starring Burt Lancaster and Peter O’Toole; the independent feature “Somebodies,” which premiered at Sundance (2006); “Rain,” the Bahamas’ first indigenous feature which premiered at Toronto (2007) and on Showtime (2010); the feature film “Bottleworld” (2010); he was Executive Producer on the BET television series “Somebodies” (2008); he was Producer on the feature length documentary “Bayou Maharajah” that premiered at the SXSW Festival (2013); he produced the Emmy Award-winning short documentary “Ebertfest 2012;” and he was Executive Producer on The 73rd, 74th  and 75th Annual Peabody Awards Specials for PivotTV/Participant Media (2014, 2015 and 2016).  He has served on juries and mentored screenwriters at the Atlanta, Hawaii, Kerala, and Bahamas International Film Festivals. He is a board member of the Arkansas Cinema Society.  And he is the author of numerous scholarly articles and of the book “Pursuing Hollywood: Seduction, Obsession, Dread” (AltaMira Press, 2006).

In Loving Memory of Valerie Boyd

Valerie Boyd thrived in many communities and was admired in all…teacher, writer, editor, mentor, confidant.

Boyd, the Charlayne Hunter-Gault Distinguished Writer in Residence and director of the Master of Fine Arts in Narrative Nonfiction program at the University of Georgia, died Feb. 12, 2022.

“Representing this program and leading it during this time of transition is a responsibility not just to the Grady College and the University of Georgia, it is also a chance to make sure Valerie’s vision is not lost,” Bentley said. “Valerie created a program that, while based in journalistic rigor, speaks to the whole student and their dreams.”

To read more about Boyd’s impact on the MFA program, please view “Valerie Boyd’s shining light.” A feature about Boyd’s latest book that she edited, “Gathering Blossoms Under Fire: The Journals of Alice Walker,” can be read here.

Applications are accepted starting in Fall semester prior to anticipated Fall semester matriculation. Although the Graduate Record Examination (GRE) is not required for admission to this program, requirements include:

Fall: For best consideration apply May 1

MFA in Narrative Media Writing Handbook for students and faculty

UGA’s unique low-residency MFA program allows students to complete most of the degree requirements off campus while developing their skills and talents under the guidance of experienced faculty writing mentors.