Thomas May, graduating this spring, works at the archive and plans to enter script-writing competitions this summer. 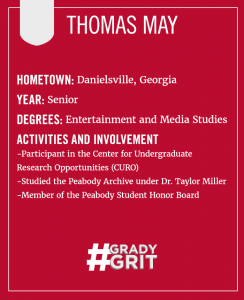