Vassileva’s work on sustainability issues started at CNN, then continued at a think tank in Denmark, and now continues at UGA. She has developed The Sustainable Reporter website, a tool for her students and others to use to better communicate this vital but complex issue to the public.

Vassileva grew up in Bulgaria and, as a young journalist helped introduce freedom of the press after the Berlin Wall fell. Later her reporting on Bulgaria’s transition gave her an opportunity to work in the U.S as an anchor for CNN International. She reported from spots around the world in both daily, breaking news and in depth formats like CNN’s Autumn of Change documentary. She wrote her MA thesis on how fears towards minorities can support the rise of right-wing extremism, even where there is an open discussion of ideas in a democratic environment. Later she used her skills to explain sustainability at think tank Sustainia in publications like Global Opportunity Explorer. Vassileva is a popular speaker/moderator on sustainability, women’s issues and digital change for the U.N, WHO, World Bank and E.U. She presented the European Press Prize Awards in 2019. As journalism lecturer her focus is on using solutions journalism methods in reporting. In the fall 2020 semester, her students will cover the topic of sustainability. 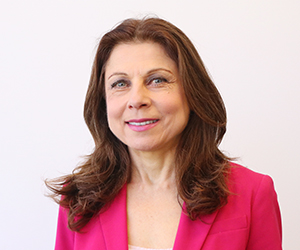 Podcast: How Grady College will approach being one of nation’s first solutions journalism hubs